I never wanted to be one of those people who was all, "omg you guys I've just been so busy lately!" But for the past two days, it's been kind of true. I wanted to show you what I actually ended up wearing on the first day of school, but since Tuesday my days have been a little too congested with school and work for me to take some time and shoot proper pictures of myself. Vanity shots are low on my list of priorities this week.

I have been going from work to school and back again with trips home at night to sleep and clean the apartment. I love being so busy this far. And things are only going to get BUSIER. Fabulous!

Anyways, even though I didn't have a moment to document my first day of school outfit, I thought I'd pull up some Stylebook images and give you a general idea of the route I took with the first and second day. 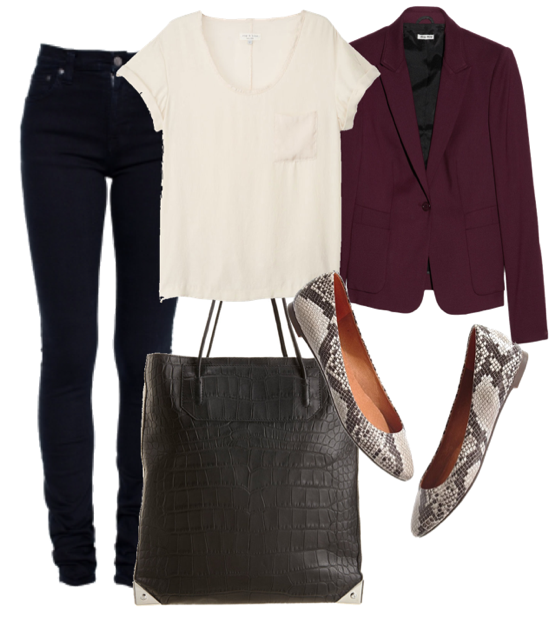 On the first day I went for a kind of...business casual look. Which was appropriate because I was going from work to school. During the day it was a bit hot for my blazer, but in the evening I had a class in what I can only describe as a refrigerator. So I was glad I had it. 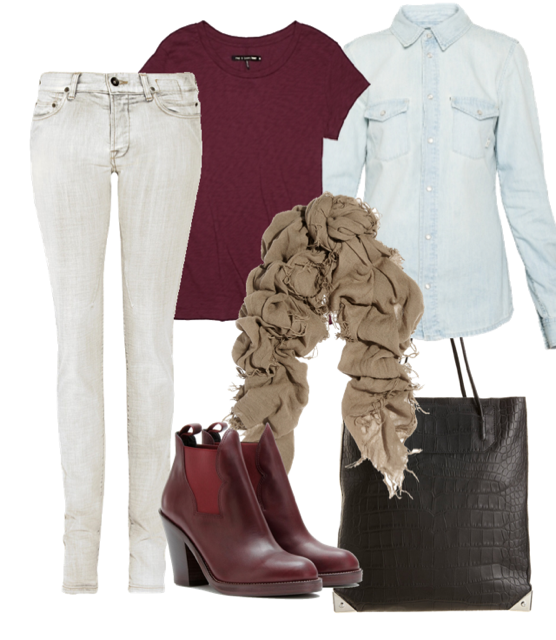 The second day was just straight-up school. (Until I found out I had a four hour break between classes, so I went to work and did stuff there!) I decided break the cardinal rule of not wearing white after Labour Day, and I wore my white jeans. Even though it was wicked hot out, I still transitioned the look into fall by wearing an oxblood coloured t-shirt and a denim shirt in case I ran into any more frigid classrooms. (I didn't)

So far I am really enjoying the course. It's exciting to think that after all the planning and thinking, that I am actually doing something right now that can possibly CHANGE MY LIFE FOREVER. It gives me chills!